September 28, 1976. The Théâtre de la Monnaie in Brussels. On the program: Einstein on the Beach. It is our first introduction to Philip Glass. The opera lasts about five hours. Note in the program book: there is no intermission; the spectators are free to go in and out of the hall during the performance. The buffets remain open throughout the performance.

This immediately struck us as a suspicious announcement! An opera performance where one can just walk in and out…. ?

We had not yet heard of “minimal music” and, unprepared as we were, after a good hour the endlessly repetitive movements of the characters and the equally endlessly repetitive simple note blocks in the orchestra began to get on our nerves. On the pretext of not letting ourselves be fooled, we took the liberty of leaving the theater and went to drink a few beers on Brussels’ Grote Markt. But somewhere this music had got a hold of us, and we walked back to La Monnaie where Einstein on the Beach had been going on for several hours.

And then it happened! Upon entering the hall, there was a sultry, quasi-religious atmosphere. The entire hall was in a trance and we felt like an intruder in a sanctuary. Until the end of the performance we sat on the entrance stairs so as not to disturb anyone! On the one hand, we were disappointed that we had not been carried away, but on the other hand, we were happy that as “outsiders” we could study the power of this repetitive music on the audience.

WHAT IS MINIMAL MUSIC?

The structural principle of this music is as simple as it gets: a sustained repetition of simple short motifs and chords. For the listener, it can be said that he does not experience this deliberately simple music, but undergoes it in a passive way. If he dozes off for a moment he misses nothing, for everything is repeated often enough, and as soon as there is a change in this monotonous flood of sounds he automatically pricks up his ear again.

No tension curve is built up and the music has neither beginning nor end, so to speak; but beginning and end, as if one were hearing a fragment from a musical continuum that is always there and of which one hears only a part.

Ethnic music, Western European polyphony and pop groups (Oldfield, Vangelis…) with repetitive tendencies will not be considered here. We do want to mention La Monte Young (born 1935), Terry Riley (born 1935) and Steve Reich (born 1936), who together with Philip Glass represent the repetitive “school”. These guys were not always serious in their early days. La Monte Young has some crazy “compositions” to his name from the 1960s.

In Composition 1960 No. 3, Young asks to announce when the piece begins and ends. He further informs that there is total freedom of action during the anticipated time.

In Composition 1960 No. 4, the audience does not know at all when the work begins, how it proceeds, and when it ends. The lights are turned off and after a certain amount of time – when the lights come back on – one announces that the subject of the piece consists of the actions and reactions of the audience.

Terry Riley was concerned with multiplication systems on tape loop and continuous repetitions while Steve Reich with his phase-shifting process and his repetitive dualism cannot always be taken seriously.

Philip Glass, born in Baltimore in 1937 and largely schooled in Paris with Nadia Boulanger, is by far the most popular of the minimalists.

That he has put his skills at the service of the opera and film industries is certainly no surprise. His opera trilogy Einstein on the Beach (Avignon, 1976), (Einstein = science), Satyagraha (Rotterdam, 1980) (Gandhi = politics) and Akhnathen (Stuttgart, 1983) (the pharaoh who wanted to introduce monotheism = religion) now enjoy worldwide fame.

When we attended the creation of Akhnaten at the Staatsoper in Stuttgart in 1983, Philip Glass was still a modest figure. During the interval he wandered around alone among the audience. Two girls asked him to sign their program booklet, but what did he say? He didn’t even have a pen or a pencil. With a smile we lent him our Bic, which he used to sign the booklets and then humbly thanked me.

The film soundtracks by Mishima and especially Koyaanisquatsi, Powaqqatsi, and Naqoyqatsi three one-and-a-half-hour films whose compositions are not interrupted at any point by commentary, have also established him definitively in this medium.

However, Philip Glass is increasingly deviating from a basic principle of minimal music: simplicity. In Akhnathen, the small ensemble of his early days (Einstein on the Beach) has grown into a full-fledged opera ensemble with a strongly manned orchestra, soloists singing arias, duos and ensembles, and choral interventions with a close dramatic bond. A return to traditional Western music.

Since then, the list of his operas has grown considerably. We count more than twenty of them and have seen most of them performed: Civil Wars, The Perfect American, Kepler, In the Penal Colony, The Juniper Tree….

However, what is more important than the number of works that flow from his pen is that, after their creation, they are regularly performed in opera houses. In 2014, for example, the Théâtre du Châtelet in Paris staged a magnificent revival of Einstein on the Beach, directed by Robert Wilson in much the same way as the 1976 creation. Lucinda Childs, who was also there in the creation, now did the choreography.

CREATION ON THE WAY

Despite his advanced age, Philip Glass continues to seek new opera forms and challenges. Circus Days and Nights, is the title of a new opera he composed in collaboration with the librettist David Henry Hwang and circus director Tilde Björfors. The work is based on a collection of poems by the American poet Robert Lax. Co-produced by Cirkus Cirkör and Malmö Opera, the collaboration will feature a unique, never-before-seen fusion of circus and opera.

“I’ve had the rights to the poem for about ten years, but I couldn’t write the piece because I hadn’t found my circus. When I saw Tilde’s staging of Satyagraha, I knew immediately: here is my circus ” – Philip Glass.

The cast includes soprano Elin Rombo, known for her Eritea in Cavallis Eliogabalo at the Opéra National de Paris and her Queen of the Night in Mozart’s Zauberflöte at the Berliner Staatsoper. Last fall, she sang the title role in Rufus Wainwright’s Callas-inspired opera Prima Donna at The Royal Opera in Stockholm. 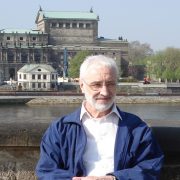 Good story, Guillaume. Speaking for myself I would say: I better bring my encounters with this alien minimal music, to a minimum too. But thanks for the education.

L’ITALIANA IN LONDRA in Frankfurt

TURANDOT at the MET