You enter a restaurant; you’ve made a reservation. But in less than 10 seconds, it’s already clear: big mistake. It’s a dive. And if the menu says “fresh from the market,” “fresh from our farm,” or “catch from fishing boat UK 246”, to boot, then you know it’s time to fake a phone call, look emotional, politely cancel (“it seems that smoke has been spotted in our house”, and hightail it to the nearest snack bar as you hear the words “well, good luck sir” ringing in the distance.

With opera visits, a corresponding sequence of events occurs much more gradually. There’s all kinds of fuss before the overture – drumming kids who make the hall and foyer unsafe, indistinctly dressed types who give a completely unnecessary mime performance half an hour before the overture – all of which are reprehensible examples of seriously hackneyed modernity. For proof, we turn to semantics: “overture” does mean “opening,” yes! Conveniently, we refer to John 1:1-18: “In the beginning was the Word and the Word was with God and the Word was God.” So, it’s not like before the beginning, i.e. the Word, there were also a few trivial romance novels circulating. Similarly, the overture, if available, is the only acceptable beginning to the opera. It does not bear its name for nothing.

But we are drifting off. The number of absurdities we have witnessed in various opera houses in recent decades is too numerous to count, but what happened to us in Hanover defies description, which is unfortunate if you still have to describe it (we do it for The People).

We will not repeat the entire content of Le Nozze. We assume that you, the readers, are already familiar with it: the servants Susanna and Figaro wish to get married, but the Count is in a hypersexual mode. Now it’s about catching the Count in a complex mix of infidelity and lies. That’s about it right? Let us take you straight to the end of the show. Toward the end of the finale, the Count asks his wife to forgive him for his reprehensible amorous behavior. Wives were not so picky in those days (in our time the Count would not get off so easily), and the whole audience sings with joy that everything has turned out all right again after all. This used to be called a happy ending.

But it’s not so simple nowadays. For there are many enlightened spirits who know much better than Mozart. After all, it can’t be that an opera ends in harmony! Something has to be found for that.

And director Lydia Steier has indeed found a solution: the Mona Lisa with a moustache. She doubles the scene in which the Count asks the Countess for forgiveness. Episode 1 takes place before (!) the overture. And the identical Episode 2, a reprise, also takes place “just” in the fourth act. That Mozart didn’t think of that himself! We won’t bore you with the quasi-psychological B.S. with which Mozart’s opera was brought to the Adaptation Laboratories. It is a case of Etikettenschwindel; check out the interview with conductor und pianist Karl Sollak; you can find it HERE.

As for the direction, obviously enhanced with some obscenity, it was distant and dark, which in itself was a relief compared to the often-used, somewhat stale Mozart idiom (“He’s your son.” “Am I your son?” “You are my son.” “I am your son!” “I am your mother.” “And this is your father.” “Are you my father?” “I am your father.” “You are my father.” “He is his father.”) The costumes were (probably meant to be “disorienting”) idiotic. We would like to leave it at that. If a meteorite hits, don’t worry about the Steinschlag on the German Autobahn either. Finally, there was a lot of yelling, throwing objects, and stomping hard on the wooden floor. The director wants to tell us: these are people of flesh and blood, too!

We liked the Niedersächsisches Staatsorchester Hannover conducted by Giulio Cilona a great deal. Nice and fast, so very modern (or actually already outdated), that’s what we liked. Le Nozze takes quite long anyway, so kicking up the tempo can’t hurt at all. And the soloistic passages: excellent! Chapeau for the Niedersächsisches Staatsorchester Hannover.

The Count is interpreted by Germán Olvera, brilliantly sung, dramatically and vocally of great class. Matilda Sterby, as Countess Almaviva, is no less impressive, although perhaps her voice was a little shrill at times. Why she had to sing her aria “Porgi, amor” apathetically, in total contradiction to the content, probably had to do with the heavily psychological direction. We’ll leave it at that. We were not in a position to arrive at a fair assessment of “Dove sono i bei momenti” (Act 3), as Barbara Frittoli in the breathtaking Strehler production (Paris 2011) is engraved in our memory. This “Dove sono” really wasn’t very impressive, and why Sterby had to be fiddled with from all sides during her aria remains unclear. “Dove sono” is one of the most beautiful and serene arias in the operatic repertoire and the director managed to include a “comical moment”. Philistine.

Richard Walshe was a spirited Figaro, and Nikki Treurniet a convincingly acting, very present Susanna and Maria Smolka a heavenly singing Susanna. (Because Nikki Treurniet had voice problems, Marie Smolka sang the role of Susanna from the side of the stage. As said, she did so more than excellently.)  Cherubino (Nina van Essen) stole the show as far as we were concerned: what a full splendor in this voice! Richard Walshe was a spirited Figaro. Marcellina (Monika Walerowicz), Bartolo (Tigran Martirossian), Basilio (Philipp Kapeller) Don Curzio (Peter O’Reilly) Barbarina (Petra Radulovic) and Antonio (Frank Schneiders) seamlessly joined the Almaviva family in terms of vocal quality.

There is absolutely nothing to complain about the vocal quality of the choir of the State Opera of Hannover; it’s not a Dutch National Opera chorus, of course (one of the few remaining reasons to go to the Amsterdam Muziektheater), but not much compares with that.

It was a special evening, it certainly was… When we apply Plato’s concepts, the True, the Beautiful and the Good, we come to the following conclusions. The True: doubtful, this performance was not as the composer had conceived it. The Beautiful: was amply demonstrated by the fantastic orchestra and the lively soloists. The Good: questionable. To tinker with Mozart is moral quicksand. Poor Mozart! Dragged from country to country in his young life, sick as he was, working to the last to earn a living for his family; thrown into an unknown grave, where he turns because of the foolishness of a lame-thinking director. 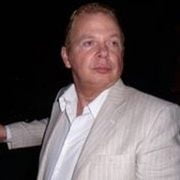 THAÏS at the Scala

Great article. To the point, humorous and the direction mercilessly exposed.

Pitiful for the director, the people that hired him, the public and the oprah itself.