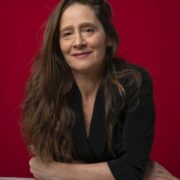 Esther Chayes received her soloist diploma at the Utrecht Conservatory. Specialization in the opera profession followed in New York, Milan and Turin. She sang with the choir of the Teatro Regio Torino and made her debut in the leading role in La Molinara by Paisiello. After performing several smaller to medium roles, Chayes turned to teaching.