In the current Interbellum, between Locust Plague 1 and Locust Plague 2 expected at the end of this year, several opera houses are wriggling themselves into the most ingenious curves in order to bring something to the stage, in compliance with the restrictions imposed by the government. The inventiveness resulting from despair is unprecedented and extremely praiseworthy. Opera houses that programme Lied recitals, organise performances in the parking lot and perform shortened and/or adapted versions of existing operas. As far as we are concerned, everything is better than the tsunami of “streams” that in terms of perception are inherently at odds with what A Night At The Opera essentially is.

The shortened operas come to us in different degrees of adaptation. The Italian composer and conductor Carlo Ciceri, for example created an “Annäherung an La Traviata” and called it L’ultimo sogno – The Last Dream. This production will take place in Kassel, and Opera Gazet will report on it. In Frankfurt I Puritani will be performed in September, from 2.5 hours down to 2 hours. “Gekürzt”, reports Frankfurt. Opera Gazet will also attend this performance.

I Puritani from 2.5 hours to 2 hours, I wonder if the average opera lover will notice much of it. The about ten great arias (“Qui la voce” and “A te, o cara, amor talora” or “Cinta di fiori” etc.) will surely survive. Because arias are and will remain the cherries on the pie that we, people of simple descent, enjoy savouring. If you prefer to visit an opera to be “made to think”, these melodic highlights will probably be experienced as an annoying interruption to a piece of “urgent and destabilising” musical theatre.

Many an opera, we have proclaimed this populist thesis several times, simply takes too long. An opera close to our hearts, Faust by Gounod, blows itself up into a 3,5 hour long ordeal thanks to a for ever lingering on fourth and fifth act. On the one hand, there are short or very short operas, such as Cavalleria Rusticana, La Navaraisse (Massenet), Dido & Aeneas, Bluebeard’s Castle, Mavra (Strawinsky), L’enfant et les sortilèges, Die glückliche Hand, Pagliacci, e tutti quanti. At the other end of the spectrum we find a.o. the domestic efforts of Wagner and Meijerbeer. We will be happy to exchange thoughts with you about the necessary frame of mind to enjoy these marathon performances to the fullest.

Would there be such a thing as the ideal length of an opera, as there is an ideal length for The Woman (1.74m-1.82m) (all: “why a woman?!”), and an ideal length for a holiday (8 days)? Of course we are all art lovers, so we are all of the opinion: No, there is no such thing as an ideal opera length. It’s a nonsensical thought. The appreciation of the time factor is in all its facets extremely subjective, and therefore as a criterion inappropriate and slightly tacky.

All the more reason for us to unequivocally establish “the ideal length of an opera”. We put “the ideal length of an opera” in inverted commas in order to lend a helping hand to the opera police; one will undoubtedly draw up a verbal report and bring the case before the opera judge. We have some experience with opera judges, and we can assure you that they are no softies!

The ideal length of an opera is (please make a note of that): 2 hours! Starting time 19:00h, so that, in civilized countries at least, people can still go to a restaurant to have a nice meal and enjoy the relaxation that a lively but civilized establishment usually offers us.

So why do so many operas easily make it to 2.5 hours, 3 hours, 3.5 hours? If, for the sake of convenience, we confine ourselves to the 19th century: 19th-century people weren’t as easily bored as 21st-century people! People of our time have many other entertainments at their disposal besides the opera: the film (widely accepted duration: 1.5 hours), the TV, the sports club, Football, the iPad, games, Ibiza, Manchester United, Paris, Facebook, The Mousetrap, barbecues, the pub quiz, and you name it, all the banal folk entertainment. That damned shrinkage of the so-called “tension curve”.

The question arises how we can come to the ideal 2 hours for our opera darlings. Well, first of all, the upper titles make certain narrative elements superfluous. Coupures are in order. Furthermore, quite a few operas (see above: Faust) sink on certain points into a swamp of low-quality superfluousness. Coupures again! In the field of containment of accompagnato-recitatives there is also a world to be won.
Now that we are talking in such a barbaric way, we like to take a look at the practice. Take 10 popular operas. What do we do with them?

1 La traviata: lasts 2:15 a.m.; here, we would like to stay away from any shortening.
2 Carmen: lasts 2:35; after the break very long (hassle with those predictive cards); generously handle the red pen.
3 Die Zauberflöte: lasts 2:35; much and annoying spoken word; let’s not be shy with coupures.
4 La Bohème: lasts 2:00 a.m.; bravo! Fine as is.
5 Tosca: lasts 1:55; see La Bohème.
6 Il barbiere di Siviglia: lasts 2:45h; infinitely many silly jokes. Shorten to 2 hours. Better to half an hour.
7 Rigoletto: duration 2:10; approved.
8 Le nozze di Figaro: duration 2:55 it’s a pity for the ever sympathetic Wolfie, but here we really have to intervene, thoroughly, in the accompagnato-recitative.
9 Don Giovanni: lasts 2:55 again! Let Mozart take a prenatal example from Puccini.
10 Madama Butterfly: lasts 2:20; on the edge! That obsessive waiting for Pinkerton’s ship causes pure boredom

Opinion makers raise the question on a daily basis, on TV and in the newspaper, whether society will change radically and permanently after the locust plague. We wonder whether the shortened opera version, not a novum of course, will gain in popularity and is there to stay. After all, opera is also part of society.
Opera is not a museum! 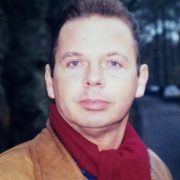