La traviata (The Fallen Woman) is an opera in three acts by Giuseppe Verdi set to an Italian libretto by Francesco Maria Piave. It is based on La Dame aux camélias (1852), a play adapted from the novel by Alexandre Dumas fils. The opera was originally titled Violetta, after the main character. It was first performed on 6 March 1853 at the La Fenice opera house in Venice. Attended performance: Arena di Verona, 1 August, 2019.

Opera performance. Intermission. The stage workers come onto the stage to change the scenery – and all of a sudden one could hear loud “Aaaaaah”s and “Oooooooh”s through the night, and applause erupts. Then you know: It’s Zeffirelli. Zeffirelli in Italy – and the audience loves the setting, even before the singers contribute their magic parts.

“Viva Zeffirelli” shouts followed the applause (mind you: still all during the intermission, during scenery changes!) that was given for a legend who has just passed away a few months ago. Sadly, he could not watch his final masterpiece of stage directing. But for sure, he was sitting in heaven on this 1st of August, 2019, enjoying the applause and admiration he (deservedly) got that evening – just as the audience was sitting on cloud 9, enjoying his artistic legacy in form of La Traviata with one of the most beautiful settings I have ever seen.

While Marco Armiliato conducts the overture, a funeral scene is going on on stage. A black horse pulls a carriage with a black coffin in it. Two men place a camellia as a last farewell to Violetta. On the right side of the stage, a grieving Alfredo is running away, as if he tries to escape the inevitable.

In the background, there is a curtain – reminding us of the Paris opera houses curtains; Paris, where the first act is about to begin.

First act – the late, but immortal Zeffirelli as he lives and breathes: colourful, historical costumes (by Maurizio Millenotti), perfect to the smallest details, opulent furniture, vivid life in every corner of the stage. It is not only beautifully, but also intelligently created. Violetta’s home has two floors, both with a wide, stucco decorated ceiling. Some may call it “kitschy”, but no – for me it symbolises the magic of opera at its best. And: Oh yes, Zeffirelli was a stage director who still cared about the singers and who fully respected the composers. With those beautiful wide ceilings, he created them an acoustic horn, a sort of “natural” amplifier, that tenderly caught their voices, intensified them and reflected them – straight out to the audience in the totally sold out Arena di Verona.

The countryside home in act 2 looks more self-effacing, but not less beautiful. A huge bird cage, palm trees, a table, a chaise longue, forest trees in the background, light curtains, softly moving in the breeze of the night.

Next intermission – and the scenery is changed, with the effect described above. Back in Paris, the party at Flora’s becomes (yet another) feast for all senses, especially for the eyes. It is impossible to describe all the lovingly created details, one cannot get enough of detecting and admiring them. The dance of the gipsy girls and the matadors, artists performing feats all over the stage – that’s life as  Verdi would have imagined it when he composed La Traviata, perfectly set up for a huge arena like the one in Verona.

The last act is more modest again, meeting the demands of the sad moments to come. Dark, miserable, seely … a bed, a chair. Violetta drags herself down the stairs from the first floor to the ground floor into the bed to await Alfredo – and her death. How can one not be moved by this opera, especially if it is set up like here in Verona in 2019? Zeffirelli may be no longer with us – but his spirit remains, and his masterworks will always be remembered, this Traviata included! One is just getting carried away like in a dream …

Violetta was sung by Lisette Oropesa. I have never heard her live before and decided to just wait and see, or rather: listen.

At the very beginning, there were audibly different opinions about tempi between the conductor and her for a few bars, but they quickly fixed that, and from then on, her singing was fine. She has a secure voice and a profound technique, she reached all notes flawlessly, and throughout the performance she developed more

and more stage presence. Great singing by a very pretty young lady. I wished she would have a bit more unique attributes in her voice to recognise it even without seeing her, but maybe I am just too demanding and spoilt by the past. However – her singing was wonderful.

Alfredo was Vittorio Grigolo (yes, he has that “r” in his last name, even if it would also fit without the “r”). He seems to be the right tenor for nowadays’ audience in the Arena di Verona. They apparently liked his way to artificially overact and “oversing”. I, for my part, did not like it very much. He produced some nice notes, and sometimes a really nice timbre lurks around, unfortunately often hidden behind screaming and barking and pushing the notes (and his own physical possibilities) to their limits. I am not an educated voice teacher, but as a former amateur singer, I’d say he should not only sing “from his chest upwards” until his head turns red like a cherry, but rather intensify some diaphragm support. Sometimes he decided to just sing a note he might have had in his mind, but not in the score. Sometimes he decided not to sing, when there were notes in the score. Sometimes he decided to change “piano” into “fortissimo”. Additionally, his overdone pathos and exaggerated drama and extreme mimicking were disturbing. However, I guess for Arena di Verona’s audience, which seems to like “wow-loud” sound and care less about techniques, he was well casted.

He enjoyed the showers of “Bravo” yells – and (over-)reacted dramatically thankful at the curtain calls.

A shower of spontaneous “Bravo” yells also burst out, not (only) at the end, but already during the first appearance of another singer: Plácido Domingo. He was greeted by thunderous applause, when he entered the scene, even before he sang his first note. His appearance as Giorgio Germont was part of a series of performances the Arena di Verona had organised in order to celebrate the 50th (!) anniversary of his debut in Verona. He was visibly moved by the expression of admiration, love, and appreciation. And – he stole the show! Not by exaggerating and jumping up and down, but just by his natural charisma and stage presence, by the sheer beauty of his still solid, strong, powerful and unique voice, and by his credibly playing the character. Domingo,  even 50 years after his debut here, still gives it all – and still has it all.

His “Di Provenza il mar, il suol” was sung so strong, and yet so touching that many much younger singers should take lessons from him on phrasing, interpreting, voice support, projecting… and much more. A special treat to hear was the often omitted cabaletta “No, non udrai rimproveri”.

Domingo’s friend and admirer Franco Zeffirelli would have been happy to see how perfectly Domingo fitted into his beautiful production; it was tailor-made for Domingo, just like in the unforgettable, highly decorated Traviata film from 1983 with Domingo as Alfredo and Teresa Stratas as Violetta (and Corneill Mac Neil as Giorgio Germont). A perfect celebration of Zeffirelli’s last production – but (given his condition) for sure not Domingo’s last anniversary.

The other singers did not make any exceptional impression. Gianfranco Montresor was Baron Douphol. He showed a strong, well-placed, and well-projecting voice. He was maybe the best of the minor role singers – together with Clarissa Leonardi as Flora Bervoix. She also gave us a nice performance.

Annina (Daniela Mazzucato) had a very bad moment in her first entrance. I was afraid that her scratchy and brittle voice, rather croaking than singing, would be all she had to offer, but luckily it turned out that she could in fact sing much better than that.

Of course, in a venue that “lives” from mass scenes and big dimensions, the huge chorus plays an important role. A big, big “Bravo” therefore goes to the Arena chorus. Keeping those “crowds” together on an extremely wide stage is definitely a merit of their chorus master Vito Lombardi – and they did him justice.

Marco Armiliato conducted in a very enthusiastic way, always trying to support the singers, but not neglecting the Verdian colours in the score. It must be very difficult, I can imagine, to overview all those dimensions in Arena di Verona, the broad stage, the masses of singers and statists, the big orchestra – but Armiliato did very well, even though sometimes some singers got slightly out of (his) tempo.

Conclusion after that evening and note to myself: In Arena di Verona I must try to forget about the one or the other “imperfection” or technical flaws – but just enjoy the unique atmosphere under a (luckily) cloudless sky, a great “mass event” with still highly artistic background, especially when the evening was dominated by and dedicated to two really great figures in opera history – Franco Zefirelli and Plácido Domingo. A dead one and a very alive one – united in the eternal universe of opera. 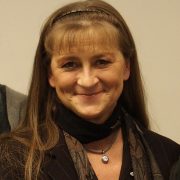 "Raoul wants to clean out the dusty image of the opera."