Carmen is an opera in four acts by French composer Georges Bizet. The libretto was written by Henri Meilhac and Ludovic Halévy, based on a novella of the same title by Prosper Mérimée. The opera was first performed by the Opéra-Comique in Paris on 3 March 1875, where its breaking of conventions shocked and scandalized its first audiences.

“Well meant is not always well done” – could be used as a “leitmotiv” for describing the Carmen performance, staged by Hugo de Ana for Arena di Verona.

Instead of Sevilla in the 1820ies, the setting showed Sevilla in the 1930ies. Rusty trucks and motorbikes, and video projections, e. g. of the words “Sevilla, 1930”, made it evident, even for the most slow-witted spectator.

Of course, the huge stage of the Arena di Verona demands huge sets, masses of supernumeraries – and some special effects to please the great number of “Let’s see an opera once in a lifetime”-tourists in the audience.

(Too) much ado about nothing

Hugo de Ana may have had good intentions, but sometimes too much is really too much  – much ado about nothing. I had that impression during the “Carmen” on August 2nd, 2019. There was too much going on on stage, left and right of the stage, on the stone steps in the background, and around the main singers. Often too much to concentrate on the singing, often too much to even find the singers out of the wild masses on stage between loads of settings and decor. Much ado about nothing.

Ok, the toreros were still toreros, the gipsies were still gypsies – it was a clearly identifiable “Carmen”, but it was too much of everything. I painfully missed the beautiful production by Franco Zeffirelli, which I had seen here some years ago. It was also a “busy” one, with loads of supernumeraries and a lot of action going on, but Zeffirelli somehow had managed to make it entertaining without being disturbing, adding something good without distraction, doing more justice to the composer, the music, and the singers.

Singers – the keyword. “Well meant is not always well done” also here, mainly in case of the male singers.

Don José – Murat Karahan – started out with a very low, barely audible voice. His timbre is not the most beautiful one, but when he managed to open up his throat, he produced some nice and even strong high notes. Sometimes he did not manage to let the sound flow; the voice then sounded “covered”, unbalanced, and flannelly, and he was not always in total control of it and of the notes “it” sang. However, he gave his best to portray the dangerously jealous but disappointed lover, and his turning into a desperate murderer was very credibly acted.

Escamillo was Alberto Gazale. I had not heard him before, but I hope he had just a bad evening that day. He sang with quite a scratchy, unsteady voice,

sometimes he sounded rather like spitting out syllables in various pitches than singing lines of music. The vocal fight between him and Don José at their first meeting at the smugglers’ place sounded painfully strange to my ears. A better impression made the singers of the minor roles, especially Dancairo (Gianfranco Montresor) and Zuniga (Krzysztof Bączyk). They gave well-balanced, constant performances and also played their roles very well. Moralès (Daniel Giulianini) and Remendado (Roberto Covatta) were quite good as well.

Interestingly, the loudest male voice was often coming – from the pit! Conductor Daniel Oren screamed all of a sudden, barked, shouted, and yelled that loud that he was audible in wide parts of the orchestra stall seats. He was either singing along with the cast members or giving his instructions to the singers or the musicians in such a sharp and loud voice, waving and flailing his arms so wildly that people in the first few rows even started to watch rather him than the singers. He caused some funny moments and quite some laughter with his unusual attitude. Otherwise his conducting was okay.

Female singers: Too few to save the evening

Carmen is about a nefarious woman – so let’s move on to the female roles. Carmen was sung by Uzbekistan-born Ksenia Dudnikova. Her looks matched the role of the voluptuous gipsy very well – and so did her strong voice. She has a very smoky mezzo voice with a “dark chocolate” colour, erotic, seductive, and well-controlled. She also credibly embodied the role of the ruthless vamp and gave an impressing performance. The only disturbing element, although not her fault at all, was the pink, “happy-go-lucky” looking dress in the final scene. She appeared like an innocent flower girl rather than like a woman who would sell her grandmother.

Those were the little details that made me even more longing for Zeffirelli, who always paid much attention to even the smallest accessory that could influence the all-over impression of a performance.

In Micaela, sung by Ruth Iniesta, she had a strong female competitor, not only in the plot, but also in the performance. Micaela “won” that competition. For me, she was the strongest performer and singer this evening. She offered a brilliantly controlled, beautiful voice with the possibility to build up columns of shining and glimmering notes, tenderly soft and yet strong enough to express all her emotions. With her passionate and natural acting, she was an almost perfect Micaela.

I want to stress out the performances of Frasquita (Elisabetta Zizzo) and Mercédès (Mariangela Marini). They both delivered high-class singing, especially Elisabetta Zizzo is a name to keep in mind. Her strong but yet easy-going, extremely beautiful voice should open doors to major opera houses and bigger roles in future.

Chorus, orchestra, dancers: Too anonymous to get appropriate applause

A special mention should go to the opera chorus and the opera orchestra of Arena di Verona. What those singers have to deliver evening after evening, can be compared to a daily marathon run, I think. The mass scenes force them to often sing with fullest power over long passages, they have to cross the wide stage reams of times, climb up stairs, jump, dance, lay down, stand up … who knows how often during a long, hot festival summer. And even though they rarely get enough attention and applause, they are very often key players of the evening, just like the chorus of gipsy women on this evening, which gave a wonderful example for high class singing for an often not-too-experienced audience.

Musicians and dancers and their contributions should also not stay unmentioned, especially since they often contribute more to a wonderful opera evening than “famed” stage directors. 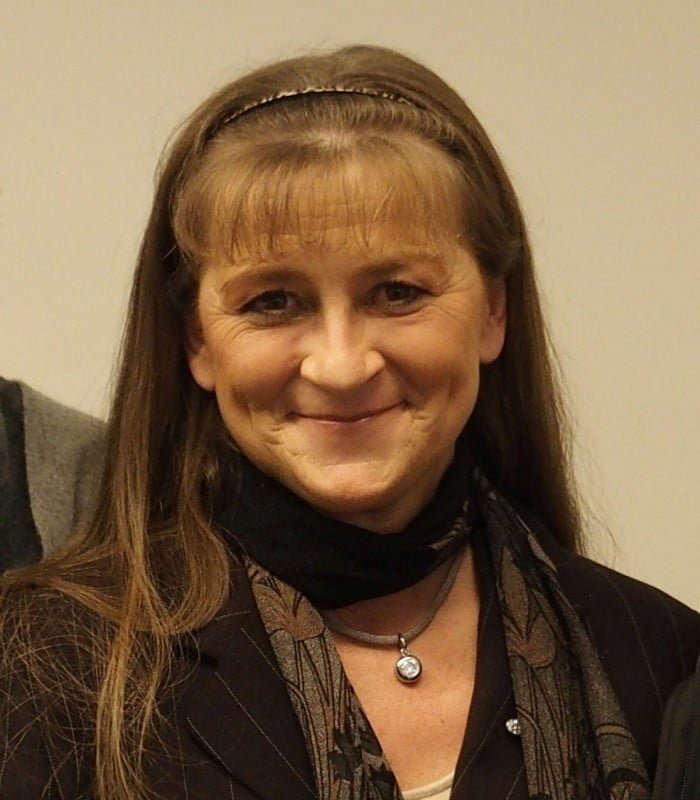