Luisa Miller is an opera in three acts by Giuseppe Verdi to an Italian libretto by Salvadore Cammarano, based on the play Kabale und Liebe (Intrigue and Love) by the German dramatist Friedrich von Schiller. Attended performance (concertant): Salzburger Festspiele, 25 August, 2019.

Music:
Staging: luckily there wasn’t any

Usually, Luisa – the title role of Luisa Miller – has the most important part in this early Verdi opera, whilst Rodolfo, the tenor role, gets the second best of attention. But this time in Salzburg everything was different. The singer of the smaller role of Father Miller was the centre of attention – Plácido Domingo.

Just a few days before, an American news agency (AP) had come up with accusations by eight anonymous (and one named) women who claimed they had experienced “sexual harassment” from Domingo, 20 or 30 years ago. Based on this single article, the “me-too”-movement and “political correctness” immediately passed their verdict: “guilty”. Only a few hours later, two American opera houses (San Francisco and Philadelphia) had caved in and cancelled Domingo’s 50th anniversary concerts there.

Salzburg marked the first performance after that “scandal”, which had made it world-wide news. Helga Rabl-Stadler, president of the Salzburg Festival, also  being  a jurist, made clear that in Europe’s legal system the principle of “innocent until proven guilty” still counts more than vague anonymous accusations that can’t be verified. Helga Rabl-Stadler did not cancel the performance with Domingo.

Dark clouds were appearing and the typical “Salzburg raining stair rods” started shortly before the performance. A portent of what to expect?

This Luisa Miller performance was the litmus test whether or not the audience would share Rabl-Stadler’s opinion. According to the circumstances, the atmosphere was already on edge. Dozens of camera and radio teams, reporters and newspaper journalists (including some from AP) were gathering in front of the Großes Festspielhaus to interview local hot shots people and ordinary festival guests about the issue. I overheard several interviews – and each of the interviewees had a clear opinion: They all condemned the “verdict” as ridiculous, exaggerated and simply wrong, and they all stood by Domingo.

Standing ovations before the first note was sung

But after all, only the performance itself would bring the answer. The sold out house seemed to hold its breath, when it started. Applause for the orchestra, the chorus, and the conductor – James Conlon – marked the beginning. Then the singers went on stage, one after another, all loudly applauded. Domingo was the for last – and all of a sudden the applause doubled, joined by “bravo” yells. Within a few moments all people rose from their seats and supported him with long and roaring standing ovations. Helga Rabl-Stadler’s decision was 100 % approved by the audience – and there was no doubt about their supporting Domingo.

The artist was visibly moved, and in tears, as he received such an overwhelmingly positive welcome. The immense pressure under which he (and his wife and family) must have been the days before can only be guessed. But it resolved in this very moment.

When the performance finally started and Father Miller had his first duet with his daughter, he still did not have his tears completely under control. For fractions of seconds his voice seemed to fail him. But it took him only a few minutes to overcome this and get his emotional stability back.

From then on, Plácido Domingo excelled himself. He was deep into his role, his voice was extremely strong, secure, and powerful, and seemed to still even  grow, and grow, and grow with every note. It was, as if all the pressure and strain he had been under during the past days would escape from his body through his voice and his lungs. An outbreak of musicianship, mastery, strengths, and power. In any case, it was an impressively strong “thank you” to the audience, expressed by unmatched exuding vitality throughout the evening.

His “operatic” daughter, Luisa Miller, was sung by Nino Machaidze. She was also very connected with her role, showing a wide range of emotions, if only by her facial expressions. Her voice has matured since we heard her some years ago. It sounds fuller, rounder and more opulent, with smooth passages from the lower to the higher range. Sometimes, though, the louder high notes were on the edge of becoming shrill. Anyway – it was a great performance in total – very moving and impressive.

Impressive – that also goes for Piotr Beczała who sang the role of Rudolfo. He is said to be one of the currently leading tenors of the world, and he demonstrated how he had achieved that reputation. He thrilled his numerous fans with a very strong voice, reaching (and holding) the high notes easily without any signs of efforts. His timbre showed various colours, from velvety-golden to shiningly-silver. He appeared technically and vocally absolutely flawless throughout the evening. He deservedly received loud ovations for his “Quando la sere al placido”. My very personal view, though: As much as I am in awe for his technical perfection, he leaves my heart untouched for some undefined reason.

More touched I was by Roberto Tagliavini’s performance as Count Walter. The Italian bass gave an overall deep and impressive performance. His voice was well-balanced, beamy, and radiant, a feast for the ears. Especially his elegant vocal lines were fascinating to listen to – and his ability to express emotions by a glare or a gesture made his appearance one of the (numerous) highlights of the evening. Bravo!

Canadian bass John Relyea as Wurm could not entirely compete with him. He convinced with a strong voice, too, but in a few lower passages I had the feeling as if it was slightly covered. Maybe it was just my subjective impression by comparing him too much to Tagliavini. When Relyea was going towards the higher notes, the voice opened up – would flow broad and humongous, and he showed that he owns a very powerful instrument.

A very positive addition to the overall strong cast was Yulia Matochkina as Federica.

Laure (Cecilia Molinari) and a farmer (Oleg Zalytskiy) are very small roles, but yet they were cast with very good singers – just to complete the wonderful overall cast.

Maestro James Conlon conducted with a fine feeling for tempi, and with high sensitivity, for Verdi’s music as well as for the singers’ needs. He got the optimum out of the musicians from the Mozarteumorchester Salzburg, which also coruscated with its highly professional and vivid performance.

To make the evening absolutely perfect, the chorus (Konzertvereinigung Wiener Staatsoper) delivered a brilliant performance, singing with “one voice and one heart” on the highest possible level.

The eruption of thunderous applause after the final note had faded out was well deserved for every single participant of the evening. However, the audience clearly demonstrated yet another time that it was still able to raise the level of cheering and clapping, when Father Miller took his bow. It was not longer only a statement of support for Plácido Domingo, but also a totally deserved standing ovation for an exceptional singing performance and artistic accomplishment.

I pity each of those miserable souls who had been standing outside the house before the performance, desperately holding up signs with “Searching ticket” – but sadly (for them) in vain.

I was deeply grateful and happy that I was lucky enough to having witnessed a performance that will surely make it to the history books of opera.

And when the audience finally left the house, the sky above Salzburg had cleared up – and the sun shone again – in several ways.

It was without any doubt Domingo’s evening. If he ever had an obvious and serious love affair – then it was with his audiences – worldwide. 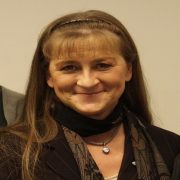 Thank you for writing about this historic performance. I am happy and lucky to have been in theater.

I too was deeply grateful to be present at witnessing this performance. It was a privilege to hear this wonderful cast and in particular Domingo. I never cease to be amazed by the endurance of the quality of his tone, and his power and vitality but in this particular performance, how quickly he managed to overcome his own emotional turmoil at such a welcome to control that unique instrument of his. Glad to find someone who agrees that despite Beczala’s undoubted technical qualities as a Verdi tenor, he somehow (and I can’t work out why) doesn’t touch the heart. It… Read more »

Thank you for your words! I was also in the audience – and it was such an emotional performance. And for me also Beczala is a wonderful singer, but he isn’t able to touch my heart. Plácido Domingo touches my heart – in every performance!
By the way: I was really happy to be part of such a wonderful public!

Thank you very much for this excellent review! Viva Domingo!

The events leading up to this performance were very clearly summarized in your review, allowing us all to really appreciate the importance of this day and the triumph over adversity it represented. As a bonus, what an excellent performance by all. Many thanks.

Unfortunately, I could not be in Salzburg, but after reading this wonderful lively review, I feel as if I had been there … THANK YOU!

Thank you for this brilliant and wonderful review .How Lucky were the people have the privilege to hear te great Placido Domingo, and assist of the first performance in Salzburg

Luisa Miller on the 25th of August in Salzburg was a crucial performance, after all the turbulences since 13th of August. There were a lot of reviews and reports, according to the high interest of the media. As I did not have the privilege to attend it, I am very thankful to read this review, that – in contrast to many others – unveils a lot of musical details about the whole cast, but also catches the special atmosphere. So now I am looking forward to attend the second performance of his beautiful Verdi opera on 31st of August.

Thank you so much for your comment! I was very lucky to be in the audience and I’m looking forwards the performance of 31st !!