About 30 years ago, in Chicago, we interviewed Danny Newman, the press representative of the Chicago Lyric Opera and, as he was often called, the Godfather of Modern Subscription Series. With his subscription system, he built up audiences, and he achieved remarkable successes at concerts that were not sponsored by some multinational. Newman’s 1977 book (Subscribe Now!), which appeared in some 31 countries, is still a bible for art management, especially in the performing arts.

During our interview with him, which must have been somewhere in the late 80s, we talked about “modern direction” that was still in its infancy with a.o. Harry Kupfer’s Fidelio. “Look,” Newman said, “you have to see it as a pendulum swinging back and forth between the primacy of the singers and the primacy of directing.” The grey and energetic opera expert patted us reassuringly on the forearm. “It will be all right again. People will just be fed up with that baloney.” Newman died in 2007 of pulmonary fibrosis. That was a pity, because we wanted to go over the state of affairs with him after 20 years.

When the beautiful doors of the Lyric Opera of Chicago closed behind us and we were on our way to a game of pool in the always cosy Riverdale neighbourhood (in terms of inhabitants about the size of Uitgeest, but with 120 violent crimes per year), we thought that we forgot to ask how long it would take for the pendulum to come back from the director’s side. We now suspect that the same pendulum is still on its way to directing madness and has guillotined many millions of opera lovers. This all happens under the cruel leadership stemming from the mental slums of Contemporary People, who take turns in giving that pendulum a big push. In the wrong direction, of course. Sure, there is resistance. As early as 2007, Piotr Beczala took a stand against directors who ruin opera productions with half-hearted ideas. Beczala has a black book with mug shots of Calixto Bieito and Martin Kusej, among others. Hans Neuenfels was also in it, but that page can be torn out. The man is retired and thinks of himself as “emeritus”, a term that was seldom less deserved. Beczala: “I’m against anything that is stupid, idiotic and far-fetched, and I refuse to work as a group therapist for frustrated directors, I refuse to pay for their therapy.” And his most important statement: “There are directors who think they are God, but you don’t owe them anything, you have to surrender to the composer’s genius.”

Another hero in the fight against the maiming of operas is Michael Vaccaro. Vaccaro was born in Frankfurt am Main but grew up in Philadelphia. In 1972 he started his singing education and in 1976 he was admitted to the Academy of Vocal Arts in Philadelphia. In 1982 Michael Vaccaro was sent by the Licia Albanese-Puccini Foundation to the “Pupils’ Programme” of the San Diego Opera. His first solo role was in 1976, “Ferrando” in Cosi fan tutte; in 1977 he performed Pinkerton in Madama Butterfly.

In addition to his activities as an opera singer, Michael Vaccaro is the founder and artistic director of Opera Classica Europa, which was sent to us by a righteous God. Since 2004 Vaccaro has presented his own opera productions and concerts at the most beautiful historical locations in Germany and other European countries, often as outdoor events. In the performances of Opera Classica, there is no need to be afraid of iconoclastic directors who have their productions sold for EUR 315 a piece, delivered by helicopter. The same gullible loser who was bored to death one evening until finally the Light went Aus, did not even have enough money left to buy his daily fish and chips. For the man pleads that he at least realized that he was cheated.

“Holy crap!” cursed the boss of a shabby cultural newspaper, “I’ll just tell myself that it was ‘an overwhelming experience’. Then I won’t be the fool (at least not this time), and with other lovers of urgent, confronting music theatre I can still justify that wasted money of EUR 315 per place. Shared sorrow is half sorrow!”

Opera Classica is visited by opera lovers, the real ones, who want to see and hear opera as is. No need to search for layers that are not there, no forced and inevitably doomed attempts to move the libretto “to another time”.

Opera Classica is visited by opera lovers who enjoy all the wonderful things Michael Vaccaro offers them on behalf of their respective composers. It is not for nothing that when people from the profession “only” concentrate on the essentialia (the composer, the music, the singing, the libretto), the most fantastic productions are created.

At Opera Classica, the often-beautiful setting of the open-air performances (castles, fortresses e tutti quanti) gives the authentic performance just that little bit extra that those who are immersed in it (and not at the expense of EUR 315 p.p.) still have plenty of funds left to take a substantial evening snack.

Michael Vaccaro works 18 hours a day and, if necessary, hoists himself on the forklift to get everything in order on time. In our eyes, Michel Vaccaro is, in addition to being a lovable person, an opera hero, and a shining beacon in the polluted sea that today’s opera world unfortunately has become.

On 20 July, Opera Classica settled in Limbricht, the Netherlands. Sold out, of course. The castle once again offered a great setting, this time for Die Zauberflöte. There were clouds of eschatological proportions in Sittard and Limbricht that day. We were already preparing for an evening in the 18th-century bowling alley of the castle.

It was impossible for Michael Vaccaro to have a rehearsal under these circumstances. But behold, at 19:00h, the starting time, it was a radiant summer evening with plenty of sunshine and not a splash of rain until the end of the performance. Secularisation may be advancing at a rapid pace, but on an evening like this the modal opera lover was happy that Catholicism is still flourishing in the Dutch province of  Limburg. Our neighbour in the sun-drenched courtyard of Limbricht Castle said, pointing to the beneficial change of weather: ““De sjòmste boere höbbe de dikste aerpel””, which means something like “happiness is with the fools”, but we did indeed fear a Divine Intervention. Anyway, as we sat there, in the courtyard of that sun-drenched castle with its gently flapping flags, birds chirping in the trees and ducks swimming merrily in the moat, we, the Limburg visitors and the special corner for the well-represented Amsterdam opera enthusiasts (“at least you’ll have them together”) reached new peaks of joy. The overture, played by a very small ensemble, came to us in a strikingly intimate way. Harnoncourt would have given his approval, and Harnoncourt is, as you know, the measure of all Mozartiana. We do not like the kind of remarks we are about to make, but we think that Mozart himself would have been satisfied. D’accord, the premiere was rehearsal and last performance at the same time, and a few things went wrong: with the sound amplification. Suddenly the Queen of the Night turned out to be a perfect imitation of Minnie Mouse. For a moment we feared that this was the voice of Mrs. Hanna Czarnecka (Queen of the Night) herself, but of course we were wrong. In fact, the ladies in this production were of strikingly beautiful voices and contributed decisively to the success of this evening. Mind you: without rehearsal, with a sometimes-unwilling sound amplification, and a wind that produces a constant “rumble” through the microphones to the loudspeakers. And then still a wonderful Pamina’s aria “Ah, Ich Fühl’s” (Godarská here in Gounod: Soña Godarská) or “O zitt’re nicht” (look and listen: Hanna Czarnecka) ! As you can see, women’s quality is never denied, even if it sighs under the worldwide conspiracy of mysogynistic old white men.

On such an evening, as the public and performer so miraculously escape from Donner, Blitz und Wetter, a pleasant bond is created, not only between the audience, but also between audience and performers, and we experience a nostalgic emotion when we saw the servants and chambermaids of Castle Limbricht rushing right through the stage setting. People checked with each other: “Are they part of the performance or of the castle?” Two ladies in the row in front us couldn’t agree, until a fat-bellied sixty-year-old former dignitary called them to order: “Wat geit ’t de boer aan, wat de bekker mit de kliejen deit!!”  (“Ladies, that’s none of your business!!”)

Michael Vaccaro’s direction was playful, and made excellent use of the magical, unique space, right down to the moat. And: fireworks after! Because we real opera lovers have given festivity an important place in our mindset. 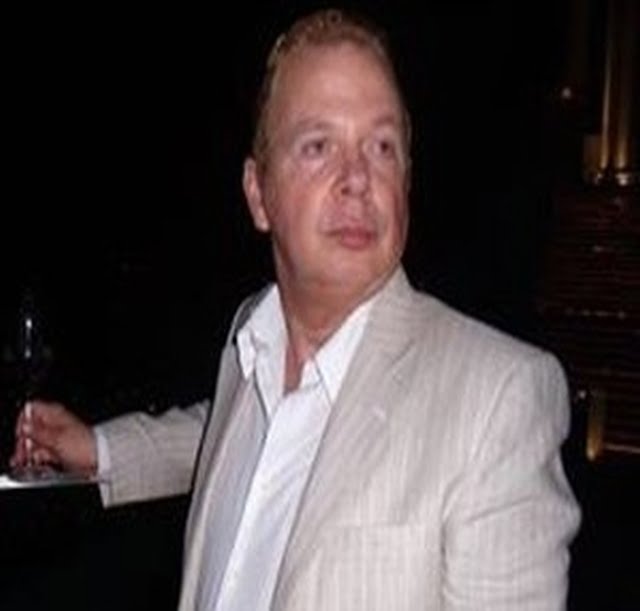